A few people have asked whether or not the Wren books and Crown/Court Duel take place on the same world. The answer is typical for me: no, yes, um.

The Crown Duel story, which I wrote in my early twenties, is part of the Sartorias-deles mega-arc. When my agent liked it, only the Wren books had been published, so I changed some of the outlying details to make it seem to belong to Wren’s world. The Firebird and the e-book editions, with the two parts back together, and the Flauvic scene restored, are back where they should be, on S-D. (The e-book also has Vidanric scenes added.)

Here’s the long version, which includes the history of Wren’s world.

When I was seventeen, a friend said to me, “I wish all the heroines weren’t blond with blue eyes.” So I told another friend that I was going to write about a brown skinned, brown haired, brown eyed heroine, short and round instead of tall and willowy, but that friend insisted that I dare not write about minorities as I was a WASP. I tried to find a way between the wishes of the two friends by keeping my heroine short and round, with brown skin and curly brown hair, but she’d have blue eyes and blond streaks in her hair.

Sooo anyway, I sent Wren out, it almost sold, thank goodness it didn’t, I put it away, tried it again in my mid-thirties. Jane Yolen bought Wren and taught me how to revise, and took out the brown skin, saying it didn’t really belong. That was 1990. The blue eyes and stripey hair stayed.

In being polished for ebook publication, the Wren books had the brown skin quietly restored.

Rhis is sixteen, romantic, a princess of the tiny kingdom of Nym.

Nothing ever happens in Nym, until she receives an invitation to a celebration for Prince Lios of Vesarja, the largest kingdom around.

Lios is as handsome as Rhis hoped, and she falls instantly in love, just like in her favorite songs. But life isn’t like the songs–meanwhile there is the Perfect Princess, Iardith, who keeps occupying Lios’s time–until she’s abducted.

Rhis must goes to the rescue . . . a pack of princes right behind.

Here is the map for A Posse of Princesses.

And here is a much better map made by a young reader with a parent helping, as a school project. 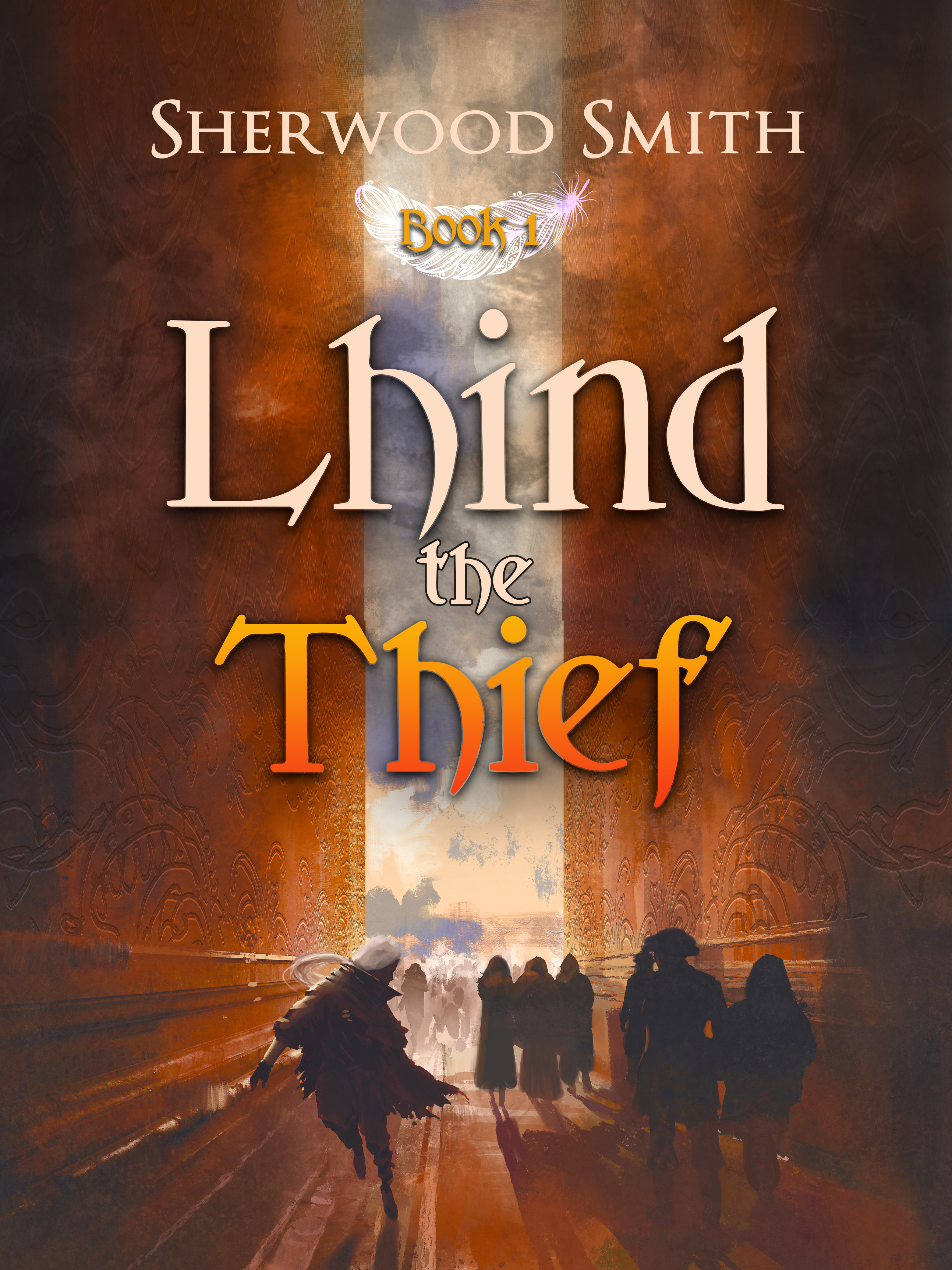 Lhind has been on the run all her life.

Stealing what she needs, using magic for disguise, she never stays anywhere long. Lhind even has secrets from herself, for she has few memories, and those are troubling.

But life is good until she gets caught by Rajanas the warrior-prince, Thianra the bard, and Hlanan the scribe. And that’s when adventure begins, because someone very powerful wants them all dead.

As they evade pursuit and work to uncover their enemies, Lhind struggles with the invisible bonds of friendship and trust, while Hlanan begins uncovering her secrets one by one.

Then she finds that he has secrets, too.

This young adult fantasy with a dash of romance takes place in the same world as A Posse of Princesses and the Wren series. 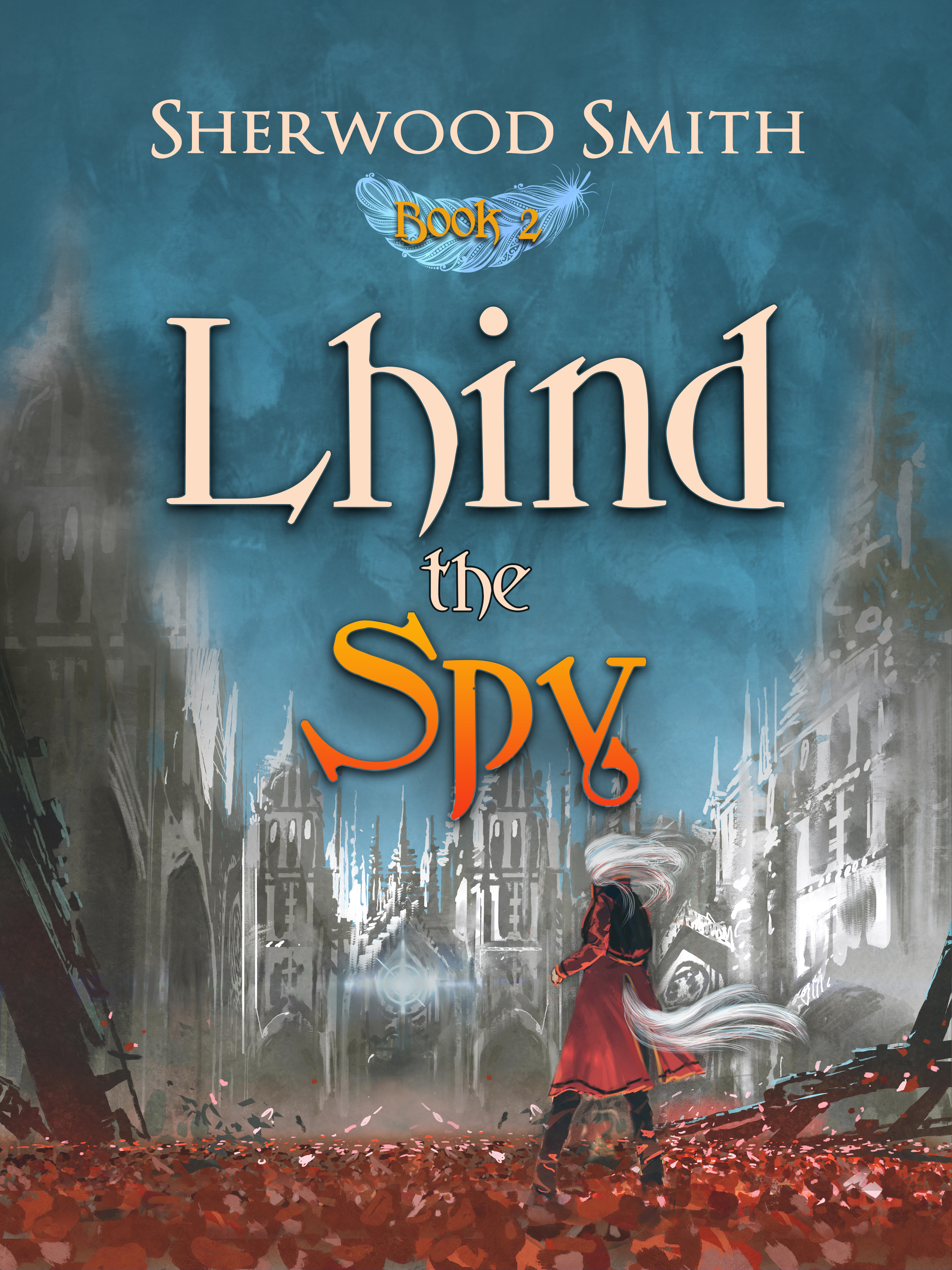 In this sequel to young adult fantasy Lhind the Thief, Lhind has gone from castoffs to silks, back alleys to palace halls—and is not having an easy time of it. That’s before she’s snatched by an angry prince she’d robbed twice, who is determined to turn her over to the enemy who frightens her most, the sinister Emperor Jardis Dhes-Andis.

When her own dear Hlanan comes to rescue her, it’s Lhind who has to do the rescuing, setting off a wild chase to fend off mercenaries and then to confront an entire army intent on invasion.

Lhind and Hlanan try to negotiate the perilous waters of a relationship while on the run—straight into a trap.

Just when Lhind is beginning to figure out where she might fit into the world, she finds herself alone again, surrounded by enemies, in one of the most dangerous courts in the world.

And she begins to find out who she really is. 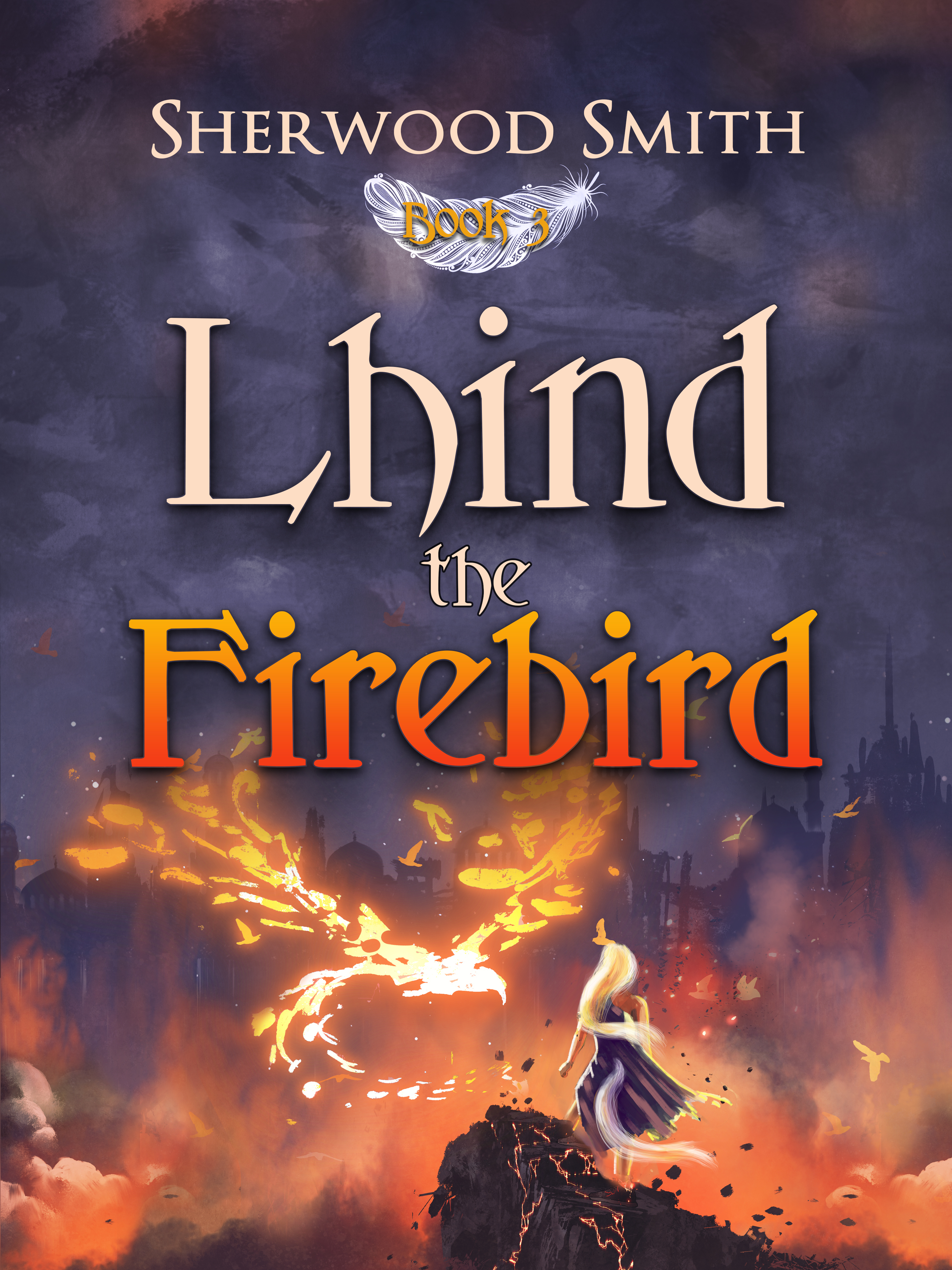 The dramatic conclusion to the Lhind young adult fantasy series!

When Lhind’s beloved Hlanan is taken by Shinjan slavers, she leaves her self-imposed exile to rush to the rescue. But first she must face a dragon, and learn world-changing truths about herself.

Meanwhile, halfway across the world, imprisoned Hlanan labors to liberate fellow slaves of the evil Shinjan empire. Before they meet again, both must explore the difficult dimensions of honor, trust, and love. 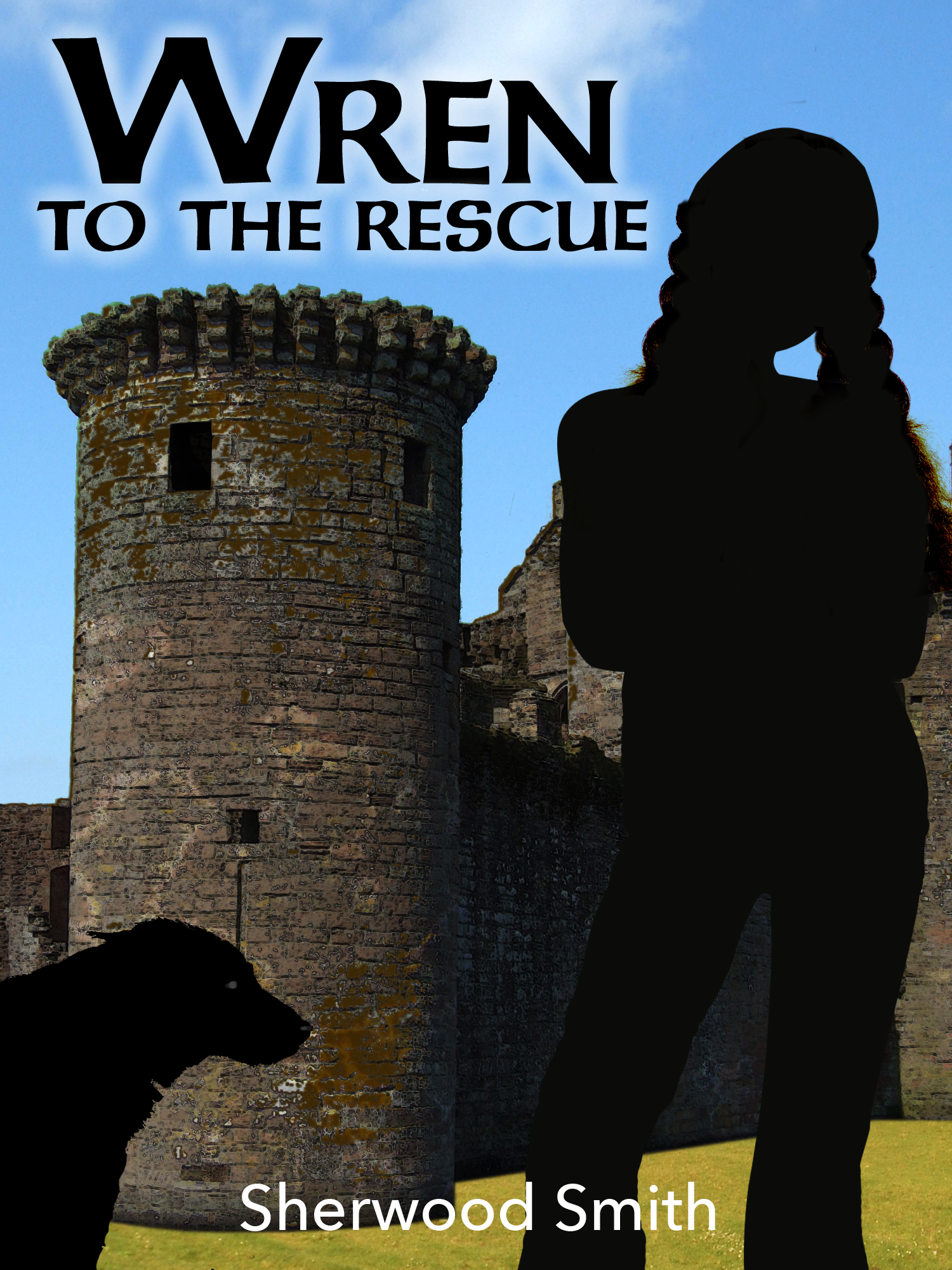 All her life Wren has hoped for an adventure. Now she has one—with a kidnapped princess, a handsome prince, and a magician. What does it matter if the princess is only Tess, her best friend from the orphanage; if the prince is a youngest son with no chance of becoming king; and the magician is an apprentice? Wren leads the other three over mountains and past killing spells, fighting battles along the way. But then she finds herself up against some shape-changing magic that may end her life as a human forever! 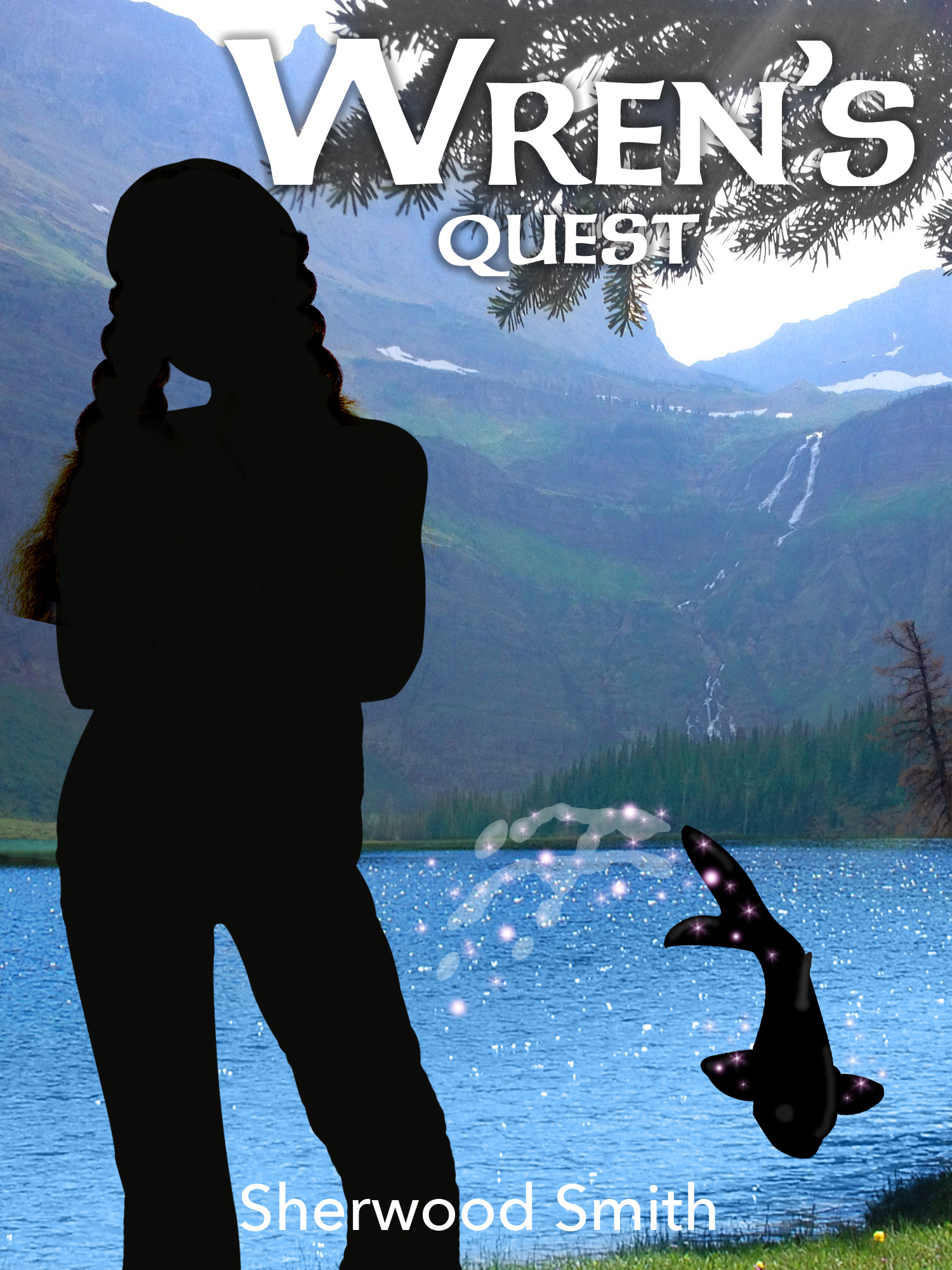 Wren thought she was an orphan. After discovering that she might have family, she spends her first vacation from Cantirmoor’s Magic School trying to find them. But her quest turns into a dangerous adventure, with robbers, guardsmen, and an angry sorcerer after her. And when her friend, young prince Connor Shaltar, begins to meddle with magic as well, things get entirely out of hand.

Meanwhile, back in Cantirmoor, Wren’s best friend, Princess Teressa, is trying to get used to courtly life. Not so easy, especially when someone is causing trouble in Cantirmoor- not only between courtiers, but magical trouble. And Tyron, her friend, is involved.

It takes all four friends to solve this mystery. 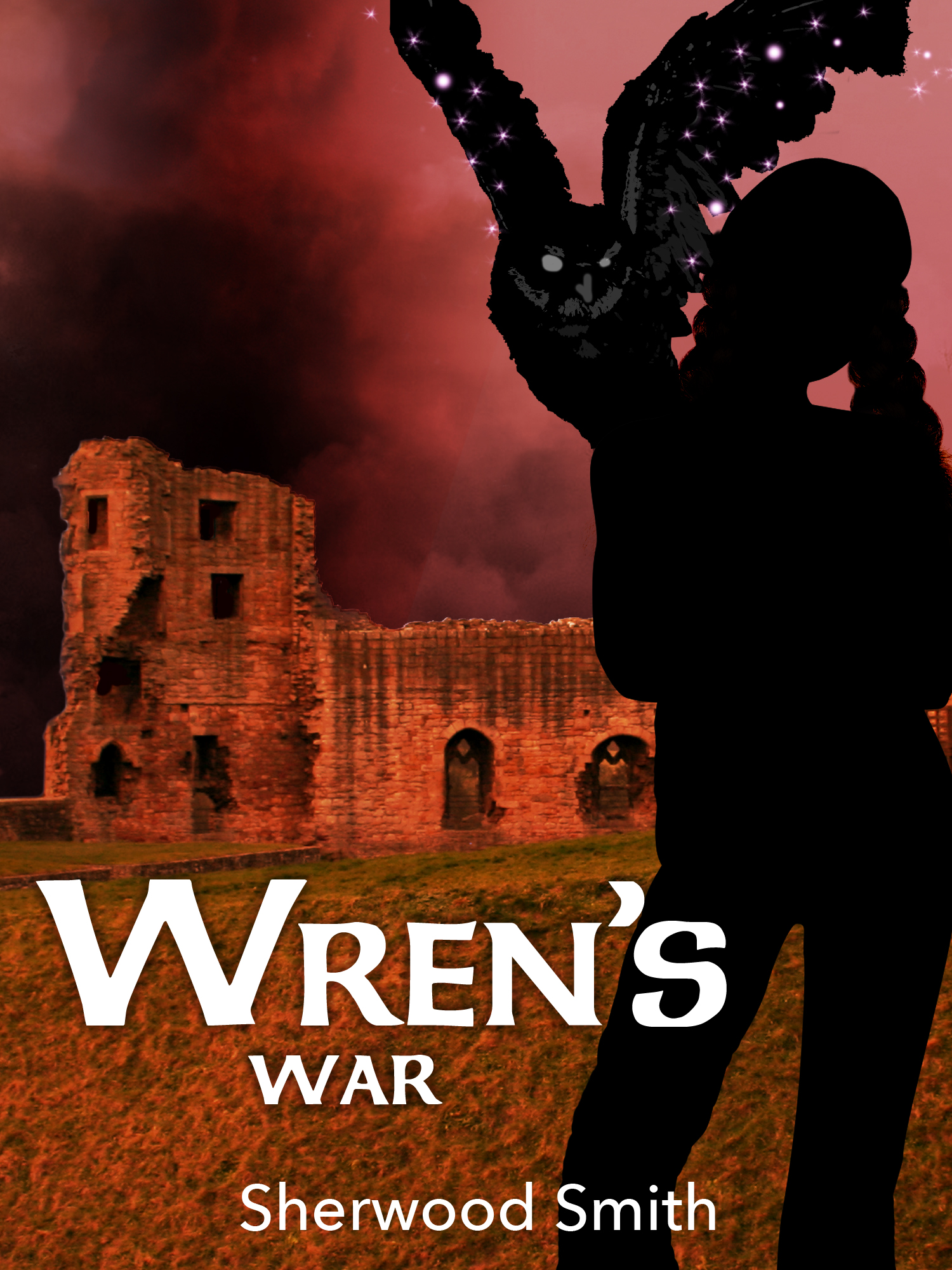 When the evil Andreus’s hunger for power leads to war, Wren and her friends are thrust into the middle of the struggle. Teressa is heir to the throne, Tyron her chief magicmaker, and Prince Connor a reluctant warrior. As allies die and others disappear, they must put aside their feelings for one another if they are to defeat the sorcerous Andreus. They know they need magic to save them. Can they turn the bloody tide? 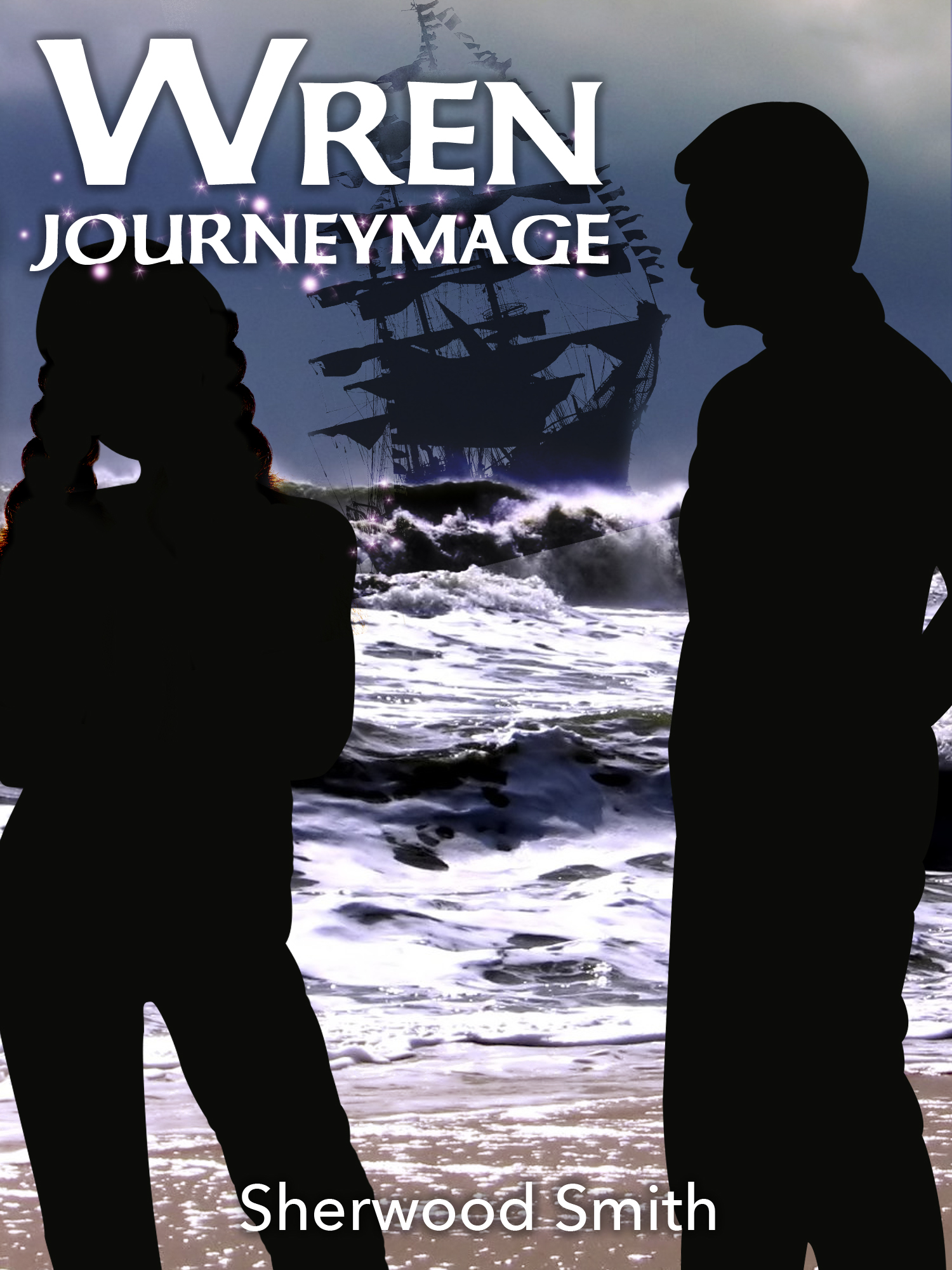 Wren and her best friend, the new young Queen Teressa, have their first argument over the mocking, sinister Hawk Rhiscarlan.

Wren leaves on a new journeymage project, to find Connor on his wanderings. When Wren vanishes, Teressa veers between regret over the argument, and the conflict between challenge and attraction as Hawk skillfully upsets her court.

Wren finds Connar just to end up threatened by pirates, meanwhile,  what do you call these feelings she has for her old friend?

Once again the four-Wren, Teressa, Connor, and Tyron-find themselves deep in adventure, not only magical and courtly, but the perilous shoals of romance. 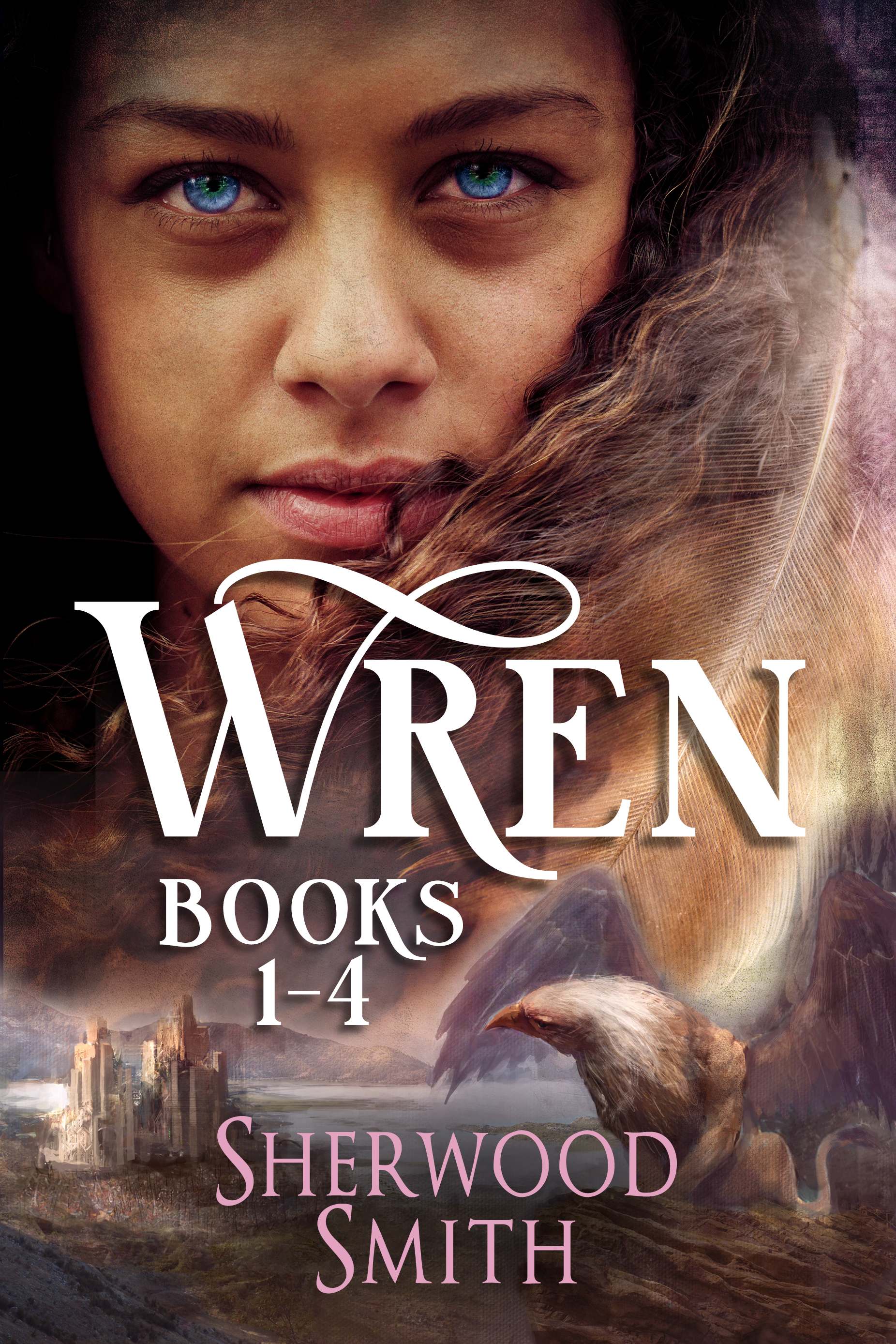 Book View Café |Amazon
All her life Wren has hoped for an adventure. Now she has one – with a kidnapped princess, a handsome prince, and a magician. What does it matter if the princess is only Tess, her best friend from the orphanage; if the prince is a youngest son with no chance of becoming king; and the magician is an apprentice? Wren finds herself up against some shape-changing magic that may end her life as a human forever!

In subsequent adventures, as Wren and her three friends grow in age and responsibilities, the rising stakes test their loyalty, skills, and their friendship, until they reach the age when friendship sometimes becomes something more.

Now, for the first time, all four of Wren’s adventures in one ebook format. Includes WREN TO THE RESCUE, WREN’S QUEST, WREN’S WAR, and WREN JOURNEYMAGE. 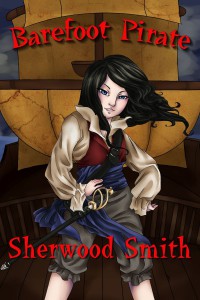 With two bossy older sisters, Joe doesn’t like girls. Nan doesn’t have any friends.They reach for the same odd little book on a shelf in their favorite part of the library, the adventure stories, and agree to share it . . . and discover not just a story, but a promise that magic is real, and that someone from another world is needed to break a spell. Do they want to join Blackeye’s gang of pirate kids, who are determined to rescue an enchanted prince? Nan is so desperate to escape an unhappy life that she lies to her new-found friends, claiming to be a princess. Joe loves the idea of adventure. Pirates-orphan gangs-magic-castles-and spies abound as Nan and Joe discover magic and adventure . . . and who they really are.