These are the books so far set in Sartorias-deles’s history, from earliest in the timeline to the latest. 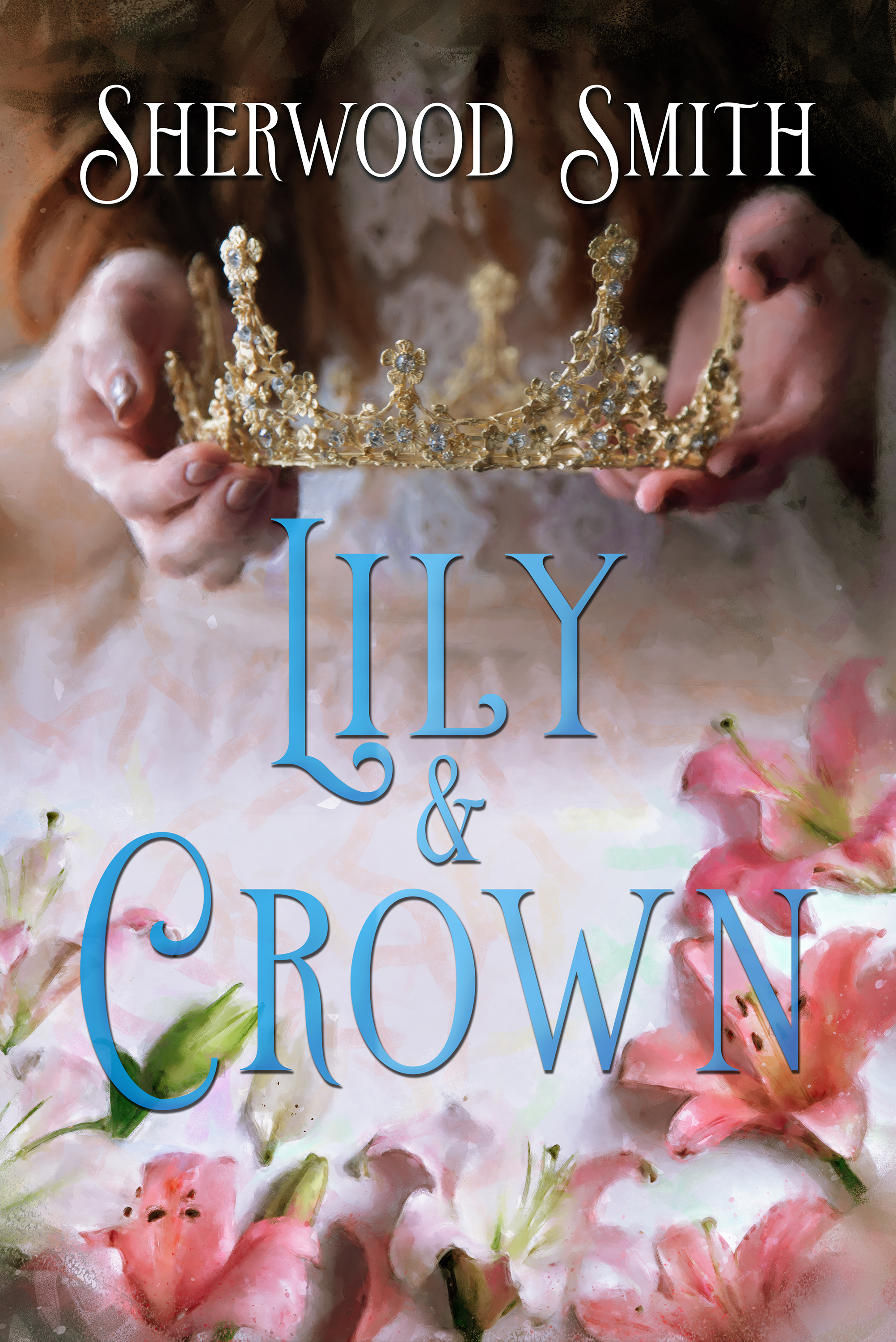 “Lily and Crown” proves that diplomacy is war by other means as character dance on a graceful reel through power-plays, treachery and clashing cultures, leading to changes for two powerful kingdoms and the birth of a third.

The origin story of Colend, center of style in Sartorias-deles 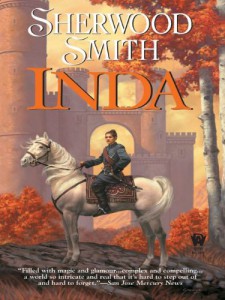 Indevan Algara-Vayir is the second son of a powerful prince, destined to stay at home and defend his family’s castle. Inda is sent to the Royal Academy where he learns the art of war and finds that danger and intrigue don’t only come from outside the kingdom—and that one can find oneself on the outside, fighting the dangers that do exist there. 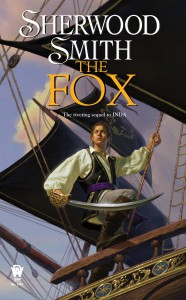 Indevan Algara-Vayir is taken by pirates—and pirates are taken by him. As Inda and his group sail against the Brotherhood of Blood, using the pirates’ own ships and tactics, Inda has cause to wonder just what a pirate is. Meanwhile, his actions have caught the eye of the powerful Venn, who bestir themselves at last; and close at hand is Fox, someone from home, whose strength and will matches Inda’s—but whose goals are utterly different. 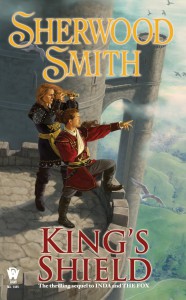 Indevan Algara-Vayir comes home after nine years of exile. With the welcome comes the poignancy of change. Inda has no time to assimilate it. The Marlovans are about to be invaded by the powerful (and unbeaten) Venn. The king is now Inda’s old friend Sponge, only he too has changed, burdened by the responsibility of a ruined kingdom. Inda finds himself at the head of an army, his childhood academy mates—second brothers all—are now the Sier Danas, the king’s commanders, because the older generation of leaders are all dead. Everyone looks to Inda to lead—but he’s never even seen a land battle. Meanwhile, the Venn plan and execute their invasion, though its motivations become increasingly murky, as fissures form in their own government. And as the two armies clash, Inda’s fleet—built and honed by Fox—waits on the other side of the world. 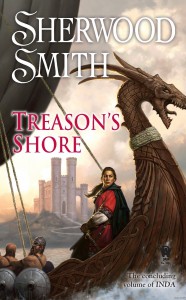 Inda and his wife Tdor move to the royal city, as Inda takes his place beside King Evred as Harskialdna, the King’s Shield. But the Venn are far from defeated and only Inda’s fame is strong enough to inspire all the squabbling kingdoms to ally and raise a force centered around his Fox Banner Fleet. Inda and Fox know that this alliance is not enough, hasn’t been trained, but they have to face the Venn anyway. They also know that if they survive, Evred expects Inda to take over the strait for everyone’s own good. Tau thinks he has a solution; Tdor and Hadand work hard at home, waiting on news from afar…and Jeje still really hates kings. That actually becomes important during the most excruciating battle of Inda’s life—not one of steel, but of paradigm. 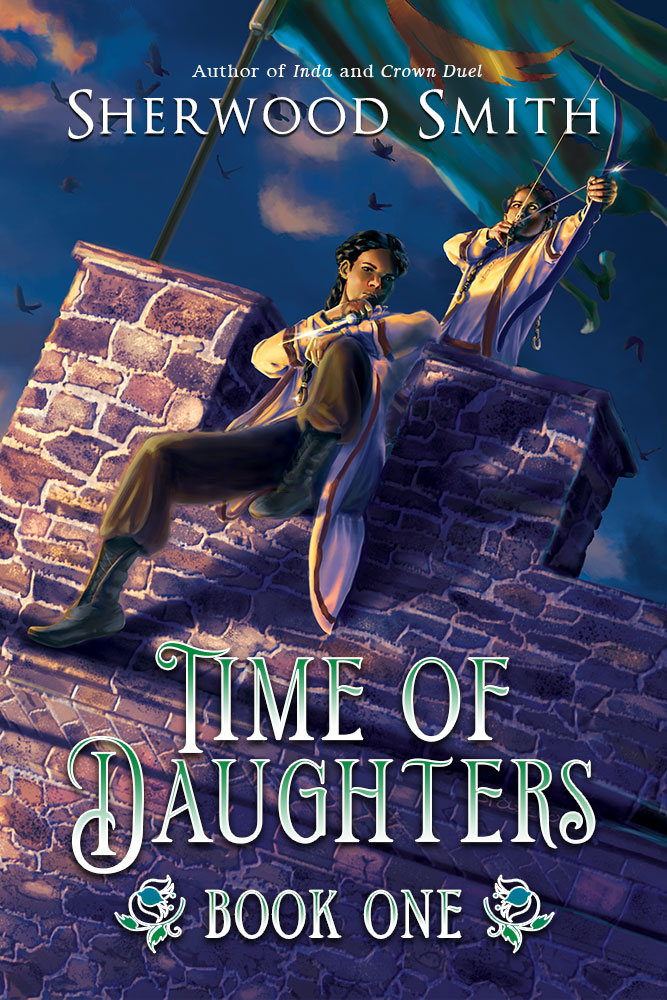 In a time of change and danger, peace sparks to war, and sons become daughters…

It’s nearly a century after the death of Inda, the unbeatable Marlovan commander.

Danet and Arrow, content in their arranged marriage, just want to live in peaceful obscurity and raise their family. But when a treaty sends them to the royal city to meet the heir to the throne, they discover that peace is fragile, old enemies have long memories, and what you want isn’t always what you get.

By the time they learn that you can’t go back again, events ignite a conflagration that no one could have foreseen—except for the ghosts who walk the walls in the royal city.

This is the first half of an epic story of politics, war, family and magic in the beloved world of Sartorias-deles. 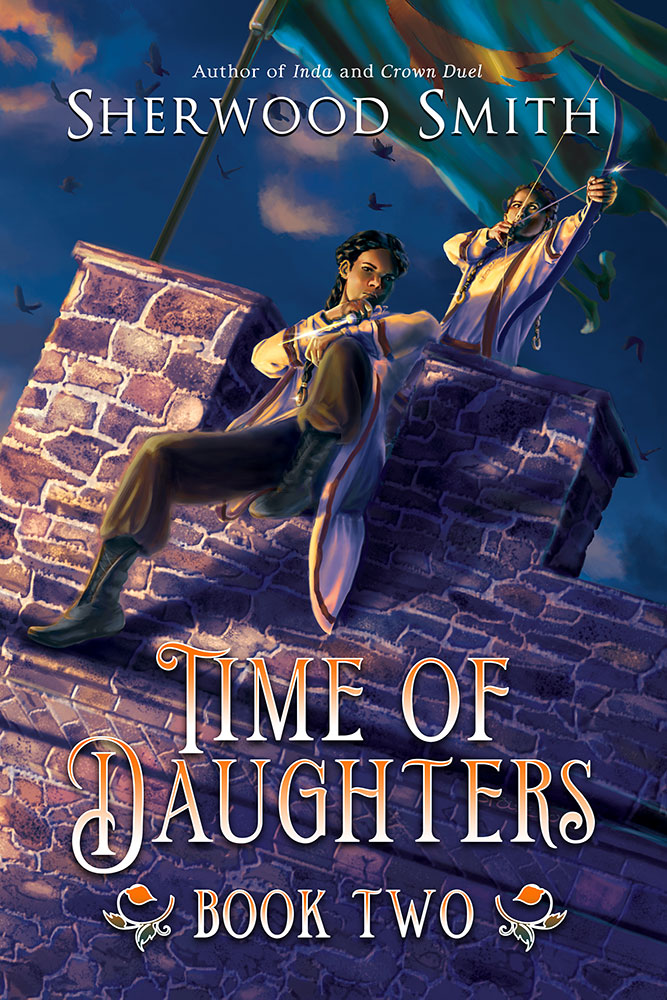 In a time of rising danger, women go to war, and ghosts walk the walls…

A few years have passed since the Night of Four Kings, when the least expected candidates for rulership found themselves in charge of a disintegrating kingdom.

Threats from the border become raids, led by an idle noble with an eye to kingship. The two princes, newly emerged from the military academy, are dispatched to patrol the troubled area until they find themselves under attack.

Their loyalty to one another is strong, but what happens when one brother discovers a taste for war and the other a loathing for it?

Matters of marriage and love tangle up with the menace of war. But the greatest threat of all comes when the world’s strongest army faces enemies from within.

This is the concluding half of an epic story of politics, war, family and magic in the beloved world of Sartorias-deles. 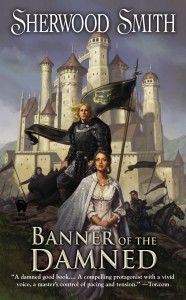 Takes places 400 years after the Inda stories, carrying forward some threads: Emras is on trial for her life, and this is her testimony.

Princess Lasva, justly famed across the continent for her style, lives for love. Unfortunately, princesses do not have the luxury of choosing love over politics. Thus she finds herself on the other side of the continent, newly wed to the prince of Marloven Hesea, a kingdom very, very different from Colend, her homeland.

Emras, Lasva’s personal scribe, is ordered by Colend’s queen to watch for signs of Norsunder’s magic, as there are dire rumors about Marloven Hesea. But Emras knows nothing about magic, and the mages she consults scold her for not going through proper channels

So when Emras finds a willing tutor, and Lasva tries to use Colendi diplomacy to avert Marloven war, life gets really complicated. That’s before the real threat emerges.

Here is a brief timeline of the stories. Note, the early ones in modern times are about kids, and so for kid readers.

The Young Adult portion of my story universe is here—which includes stuff about Crown Duel, the first one of that storyline in print, and its prequel, A Stranger to Command, among others.

I did an interview about Banner of the Damned on the Skiffy and Fanty Show.

Here is a list of the main characters for Inda.

Here is a list of the main characters for The Fox.

Here is a list of the main characters for King’s Shield.

This is how I ‘hear’ the names pronounced.

Here is more detail about the world, its history, its paradigm.

Here is a more detailed map of the portions of the world in Inda’s story. PDF version here (very LARGE file).

The map of Marloven Hesea made it into Banner but COLEND didn’t, so here it is.

Here is some stuff about the ships at this time in the southern hemisphere of Inda’s world.

Here is what happened after the end of Treason’s Shore. More about Evred  here. More about Fox at the same site.. And More about Tdor’s long life), plus more about Jeje.

Here is a very general timeline up to the present day—spoilers abound for the historical books.

Here is a wiki some fans set up, and I try to keep it up to date. But I am extremely limited by my rudimentary tech knowledge, so maps from the atlas aren’t getting online, for example, though I have pages of them.